People destined to become famous and enjoy everlasting fame for centuries to come also lived in medieval Cogoleto. In particular, the reference is to one of the signatories of the very important and well-known treaty, signed on January 10, 1261, between the Republic of Genoa and the Byzantine Emperor Michele VIII. This treaty was known to history as the “Treaty of Nymphaeum”. Among those who sign the document that established the dominance of Genoa in the eastern colonies, also Oberto from Cogoleto. Following this, the Emperor donates to the city of Genoa the pallium of San Lorenzo, made specifically. The pallium is one of the most precious medieval fabrics that are preserved in the world; it is a precious purple silk fabric, with colored wires and sheets of gold and silver. It tells the story of saints Sisto, Lorenzo and Ippolito. In 2014 a copy of the pallium was exposed inside the Oratory of San Lorenzo. 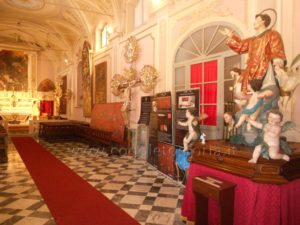 Oberto from Cogoleto, in addition to having signed the treaty, held probably other important positions in the political and diplomatic field as he was a counselor of the Republic of Genoa. 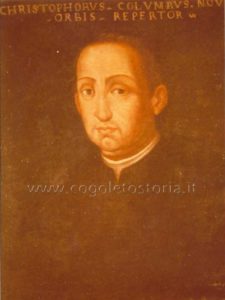 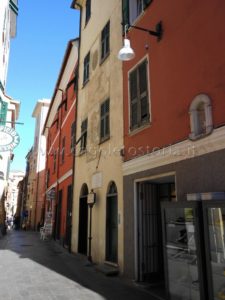 Cogoleto and Christopher Columbus: an ancient, centuries-old pair that as the time passed by seamed to fade in front of the “rationales” of Genoa, which has been considered by several academics as the city were Columbus was born. Nevertheless the tradition of Cogoleto is not the outcome of imagination but it formed and became real due to numerous historic documents which are very interesting and important. Cogoleto is a town that is proud of possessing one of the most ancient portraits of the Admiral (sixteenth century) and of being able to show the house where Columbus was born. That house is located in a street previously named “of the Carroggio” and today named Rati street. As mentioned the documents in favour of Cogoleto do exist, are numerous and truthful. They confirm that the real discoverer of America is Christopher Columbus, son of Domenico and Maria Giusti, the latter coming from Lerca, who was presumably born in 1436 and who was already far from his birthplace since 1452. this fact is confirmed by a notary deed dated 30 September of that year in which Bartholomew Columbus, son of the mentioned Domenico, appoints his brother Christopher absent from Cogoleto.Moreover in Cogoleto there is a copy of the sixteenth century of Domenico Columbus’ will, drafted in 1449 exactly in the house located in the street named “of the Carroggio”. 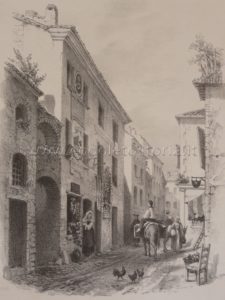 Further and important documents can be found in the State Archives of Genoa, in the Vatican Library and in the Archivo General de Indias in Seville. For generation, the Columbus families of Cogoleto are dedicated to navigation, being experienced sailors and captains. Among these, Cristobal Colon natural de Cugureo (Columbus native of Cogoleto), the discoverer of the New World. To know more about this matter visit the site (text only in Italian): www.cristoforocolombostoria.it

Onofrio Scassi, doctor, scientist, administrator and politician was born in Cogoleto on September 2, 1768. He is son of Augustine and Francesca Agnese who was born in Cogoleto too. Little is known of his early youth and of early studies carried out by Onofrio Scassi. He had been nominated professor of health sciences at the University of Genoa when he was only 27 years old and published several scientific works. It seems that he attended the “Universities of Pavia, of England, and Edimburgh”. 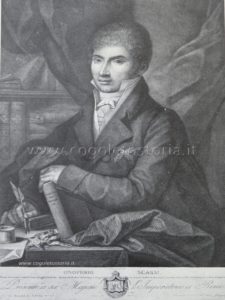 Having practiced as a doctor for about forty years, he continued to be a member of the Magistrate of Health, after having been the President of that organization. Moreover he took on assignments during epidemics that hit Genoa and Liguria. Among his possessions in Cogoleto, a limestone quarry, that he inherited from his mother. His earthly life ended in the night between 9 and 10 of August 1836. This loss, wrote the Journal of Genoa, is really felt and complained about by the homeland which he helped with his brain, by the Sciences of which he was a learned scholar…