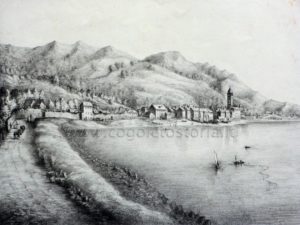 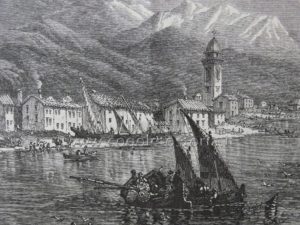 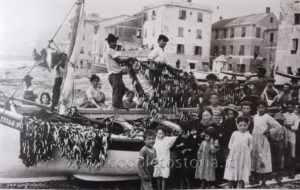 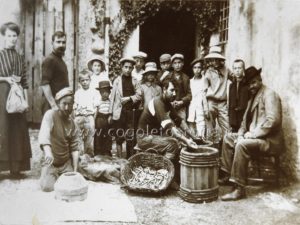 Naturally also in Cogoleto  fishing was practiced. It was an important work opportunity, albeit secondary, because it allowed many people to integrate, thanks to the gains from the sale of the fish, the income of the respective family. Most people in fact was engaged in other works probably considered more profitable. Only in some cases fishing was the main activity. The type of beach and the rocky structure of the seabed in front of the country limited considerably fishing activities. Nevertheless, in the early nineteenth century, in a statistic regarding the business activities practiced in Cogoleto it is also listed the activity related to the export of fish. This activity probably referred to anchovies and sardines, which once fished were salted and placed in wooden barrels. Among the tools used for fishing we found nets (Trammel), the trawl, the trawl lines and fishing pots. Since then long time has passed by but it’s nice to remember the name of some fishing boats: Nina, Pinta, Santa Maria so called obviously in tribute and memory of Christopher Columbus. And again: Tripoli, Giuseppe, North Star, Luck, Garibaldin, Mother Mary, Watck and Skip, I do not command, Not fear, San Pietro, Manuelin, Argentina, New Empire, Fearless, First Tito, Youth, California, Philip. Today we no longer see on our beach nets hung out to dry and fishermen sleep in the shade of a fishing boat, waiting to go sailing. The old wooden fishing boats have been replaced by those of fiberglass, as well as the hand winches have been replaced by electric ones. But despite all this, the fisherman’s beach has maintained its own special charm. A characteristic and unique mark typical of the countries overlooking the Ligurian Sea, a mark that is necessary to maintain and preserve. 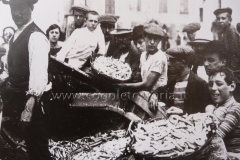 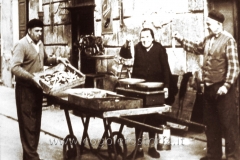 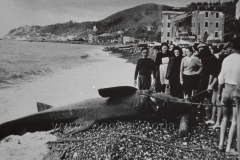 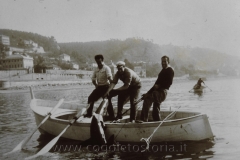 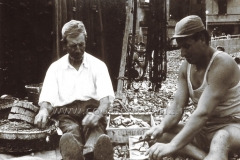 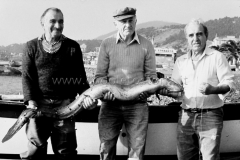 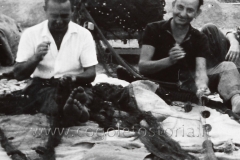 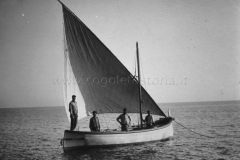 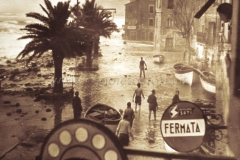 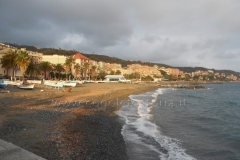 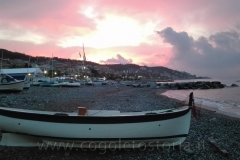 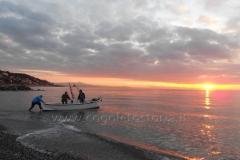